The ABS-2A satellite was successfully launched on June 15, 2016 10:29am ET on a SpaceX Falcon 9. It entered service in early 2017. ABS-2A is co-located with ABS-2 and delivers enhanced broadcast and data services from 75°E. Designed with 48 transponders and 5 dedicated high powered Ku-band beams, ABS-2A serves South East Asia, Russia, Sub-Saharan Africa and the MENA region. ABS-2A is a Boeing all-electric propulsion 702SP satellite. 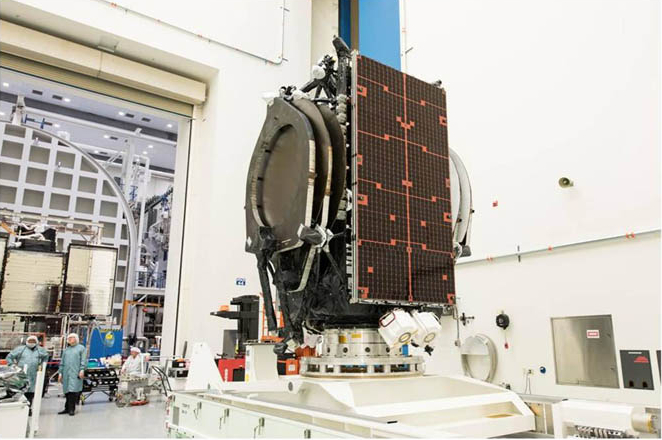 ABS-2A Container – ABS-2A was prepared to go into its shipping container for its road trip across the US from the Boeing Satellite factory in El Segundo CA to the SpaceX Payload Processing Facility at Cape Canaveral Air Station, Florida. 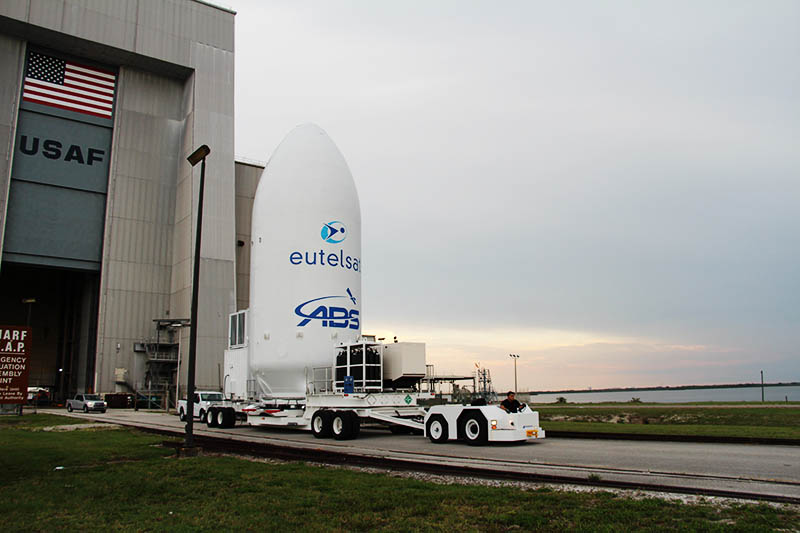 The second pair of stacked all-electric Boeing 702SP satellites, ABS-2A and Eutelsat-117W-B began their journey in the fairing from the SpaceX Payload Processing Facility to Space Launch Complex 40 “Slick-Forty” for their on Falcon-9 Mission 26 on June 15, 2016. 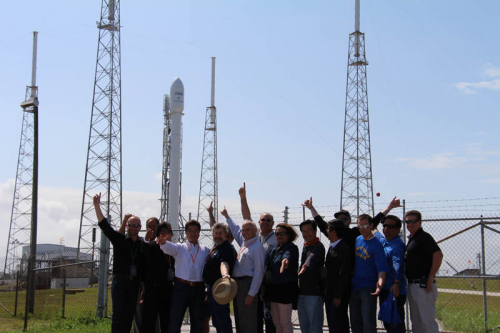 Tech teams: The ABS, Eutelsat, and Boeing teams posed in front of the SpaceX Falcon 9 rocket at Space Launch Complex 40 ready to carry the Boeing-702SP platform ABS-2A and Eutelsat-117W-B satellites into orbit prior to their launch from Cape Canaveral Air Station.

Lift-off! The Falcon-9 rocket started its mission to launch the ABS-2A satellite and its co-passenger, Eutelsat-117W-B, satellite into orbit on June 15, 2016. This second pair of all-electric Boeing 702SP satellites rocket into orbit from Cape Canaveral Air Station Space Launch Complex 40, nick-named “Slick-Forty” to begin their missions that will well exceed the 15-year design life of the satellites. This photo from inside Slick-Forty showed the Falcon 9 just seconds after the SpaceX rocket ignited its 9 Merlin engines on its 35-minute mission to bring to ABS-2A to a Geostationary Transfer Orbit.

Clearing the Pad! The Falcon-9 rocket cleared the pad at Space Launch Complex 40 at 10:29am ET on June 15, 2016 to launch the ABS-2A satellite and its co-passenger, Eutelsat-117W-B, satellite into orbit. This photo showed the SpaceX rocket’ nine 9 Merlin 1D engines lighting up the pad, with the Falcon 9 rocket between two lightning protection towers, with the rocket strongback in the background. 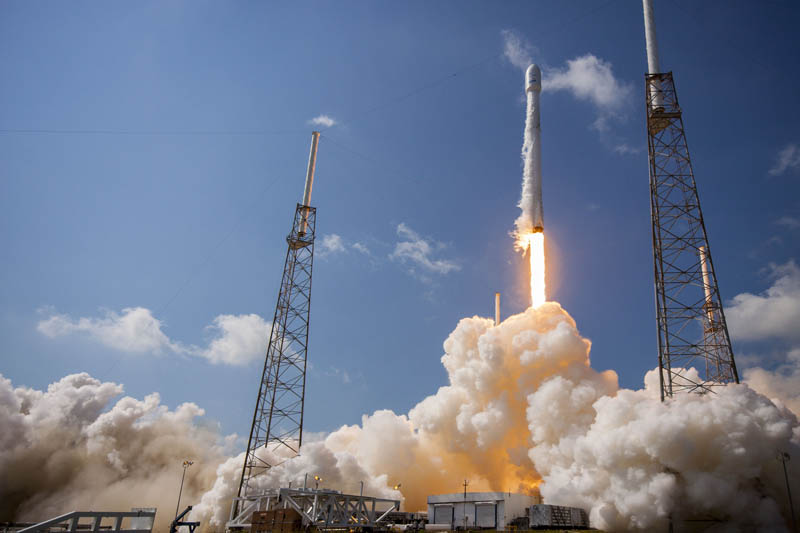 Successful take off! Space X Falcon-9 rocket started its mission to launch the ABS-2A satellite and its co-passenger into orbit on June 15, 2016.