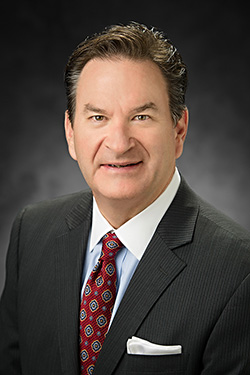 Washington, DC, 21st December 2017, ABS announced the new appointment of Jim Simpson as Chief Executive Officer (CEO). Jim, reporting to the Board of Directors, will lead the management team to drive changes to enhance shareholder value and continue to partner with ABS customers and vendors to deliver unparalleled business results.

Jim Frownfelter, Chairman of ABS said, “We are very excited to welcome Jim to the ABS family! His extensive experience, leadership, and knowledge of the business will create significant value for the company as ABS transitions to the next phase of our long term growth strategy. The board and I are delighted that Jim Simpson as the new Chief Executive Officer will lead the executive team to effect the company’s continuing expansion.”

Prior to joining ABS, Jim Simpson spent 35 years at The Boeing Company in various leadership positions in the Satellite and Launch Business. After retirement from Boeing, he served 2 years as the Senior Vice President for Strategy and Business Development and was an Officer of Aerojet Rocketdyne focused on propulsion and power systems for satellites, rockets and defense productions. Jim holds B.S. and M.S. degrees from the University of California, Los Angeles, an M.B.A. from the University of Southern California and a graduate certificate in Program Management from California Institute of Technology.

“I am very excited to join ABS and its impressive senior leadership team. ABS has established itself as a leader of innovation and creativity. I was part of the historical purchase of the all-electric 702SP satellites that are now key assets for our current and future growth. I want to build upon and extend the legacy that the company has created as we move into the next chapter of ABS. I look forward to leading our efforts to further strengthen and grow ABS through a focus on greater execution, creation of strategic partnerships, and further penetration into new markets and products,” commented Jim Simpson, CEO of ABS.

ABS operates a fleet of satellites: ABS-2, ABS-2A, ABS-3A, ABS-4/Mobisat-1, ABS-6, and ABS-7. The satellite fleet covers over 93% of the world’s population across the Americas, Africa, Asia Pacific, Europe, the Middle East, CIS and Russia.