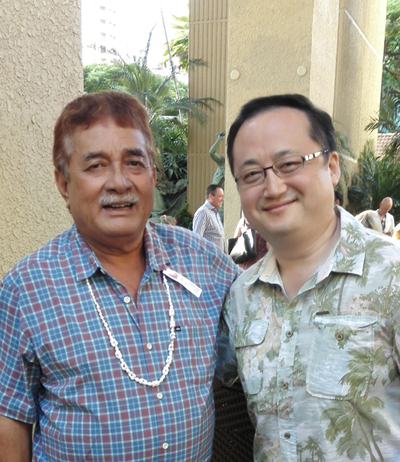 Bermuda, 18th January 2016 – ABS announced today at PTC 2016 that FSM Telecommunications Corporation (FSMTC) has extended its partnership with ABS for the ABS-6 satellite.   FSMTC has contracted additional capacity to provide connectivity to its neighbouring islands in the Micronesia states.   The contract follows shortly after the initial agreement in July 2015.

FSMTC currently provides internet connectivity via ABS-6 to support commercial and government entities, as well as serving educational institutions and communities helping economies and giving social benefits.  The additional capacity will connect predominantly the Chuuk Atoll region and the rest of the underserved regions of FSM.  The service will offer communications for mobile, education and general connectivity access.

John Sohl, CEO of FSMTC said,” We are extending our presence and reach in this region to deliver on our promise to provide affordable connectivity services across FSM. ABS, our preferred partner has supported us and understands our goal to continually serve our customers with reliable satellite communications”.

“We are proud to be a part of FSMTC’s business growth as it ventures out and expands its subscriber base. Competitive pricing has been a key value proposition that ABS offers all our partners. It’s essential for us that our partners can also grow their businesses so we can grow with them,” said Tom Choi of ABS.   We are confident that we can bring about change and provide the basic needs of communications to all islands of the Pacific.”

ABS operates a fleet of satellites; ABS-2, ABS-3, ABS-4/Mobisat-1, ABS-6, ABS-7 and the recently launched ABS-3A.   The satellite fleet covers over 80% of the world’s population across the Americas, Africa, Asia Pacific, Europe, the Middle East, CIS and Russia.

The new satellites: ABS-2A and ABS-8 are planned to launch in 2016 and 2017/18 respectively. ABS plans to add more satellites over the next 2-3 years to its growing fleet.

FSMTC is a public corporation established under Title 21 of the Code of the Federated States of Micronesia, governed under the laws of the FSM. It is the dominant and primary total telecommunications provider in the Federated States of Micronesia. The Corporation offers POTS, MOBILE, INTERNET, and TELEVISION services. FSMTC operates in accordance with the highest standards in all relationships with customers, suppliers, environment and the community. Company’s vision is to provide the best possible modern, cost-effective telecommunications services by consistently satisfying the realistic expectations of our customers and stakeholders. It is FSMTC’s further goal to bring reliable and cost-effective communication services to every household in the FSM.