Kacific taps ABS’ ground infrastructure for its Gateway Services to the Philippines and the greater Pacific region.

Previous Next
Kacific taps ABS’ ground infrastructure for its Gateway Services to the Philippines and the greater Pacific region. 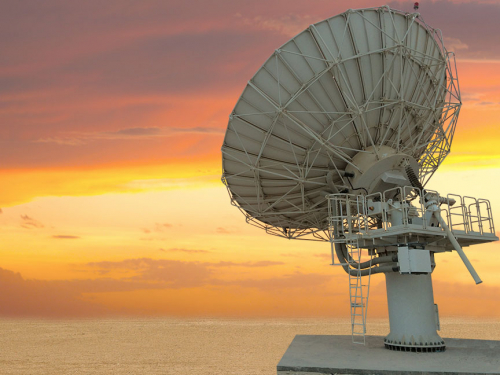 Photo courtesy of Kratos: A satellite ground station antenna similar to the one being built for Kacific’s new gateway.

Kacific1 will be a pioneering High Throughput Satellite (HTS) to be located over Asia-Pacific using Ka-band spot beams for extremely cost-efficient broadband delivery. Its 56 powerful high throughput beams will cover select areas over the Pacific Islands and South East Asia, with six beams covering The Philippines archipelago and a further 21 beams covering Indonesia, Timor-Leste and Malaysia.

“Kacific chose to locate its ground infrastructure in the Philippines because it is a priority market for us,” says Kacific CEO, Christian Patouraux. “Our beams will reach 100 percent of the nation’s population across its many islands, making affordable connectivity available to all those who are currently unserved or underserved. ABS is an ideal partner as they have a proven track record and, like us, have also made a commitment to the Philippines.”

ABS has its primary space operations center for its entire fleet of six satellites in Subic Bay. Its teleport facilities operate with extremely high availability, with triple redundant power supply and fiber connectivity to Tier-1 IP international peering points. In keeping with Ka-band operating norms for tropical regions, ABS has arranged a diversity site to be located nearby at the Clark Freeport Zone. The teleports will operate on an active diversity basis using state-of-the-art connectivity via a dedicated fiber route to directly optically connect the two gateway hubs. This ensures that commercial traffic would have a reliable transmission from one of the sites if, for example, rain degradation was impairing the functionality of the other.

ABS’ Philippines teleport is equipped with the latest technologies and platforms. It serves as one of the major satellite hubs over the Asia-Pacific region, hosting more than 50 antennas. As satellites provide a complementary role to 5G connectivity, the Subic facility is poised to be a gateway for future 5G services especially to remote areas. The facility is managed by professional personnel and experienced engineers providing round-the-clock services, 24 x 7 customer support and a dedicated customer program management team.

ABS is a global satellite operator and offers a complete range of tailored solutions including broadcasting, data and telecommunication services to broadcasters, service providers, enterprises and government organizations.

ABS operates a fleet of satellites; ABS-2, ABS-2A, ABS-3A ABS-4/Mobisat-1, ABS-6, and ABS-7.  The satellite fleet covers over 93% of the world’s population across the Americas, Africa, Asia Pacific, Europe, the Middle East, CIS and Russia.

Headquartered in Bermuda, ABS has offices in the United States, UAE, South Africa and Asia. ABS is majority owned by Permira, a European Private Equity firm.

Kacific Broadband Satellites Group is a satellite operator providing high-speed broadband for underserved, remote and rural markets with disseminated pockets of population. It addresses the gap in supply with specifically designed satellites using the latest multi-beam and high throughput space communications and ground technology transmitting over the Ka Band.

Kacific’s headquarters are in Singapore with main operations out of Vanuatu.